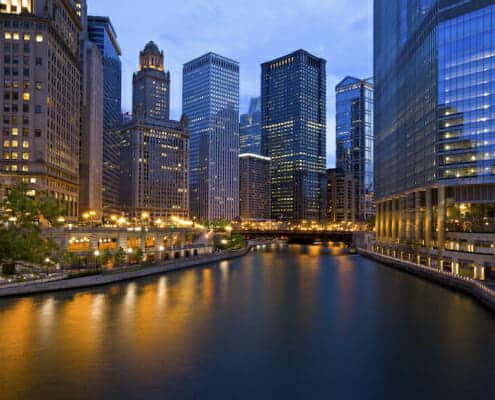 Here are all the latest Downtown Chicago condos for sale – Chicago Loop apartments for sale. 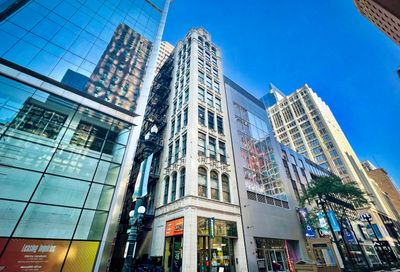 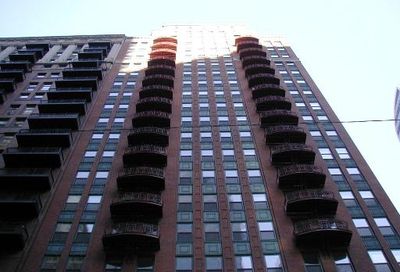 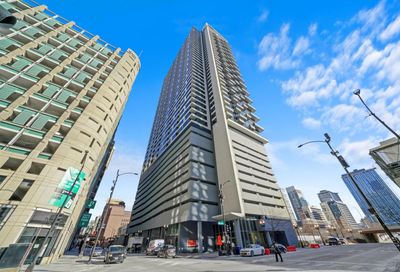 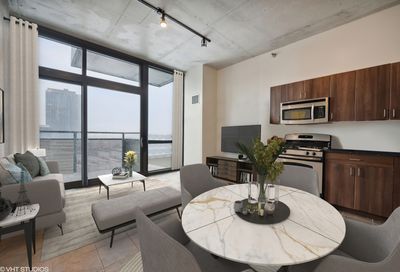 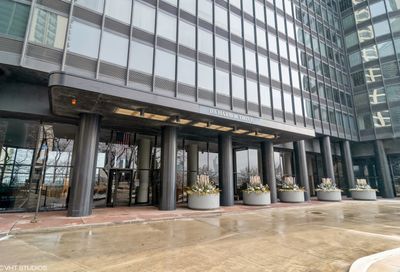 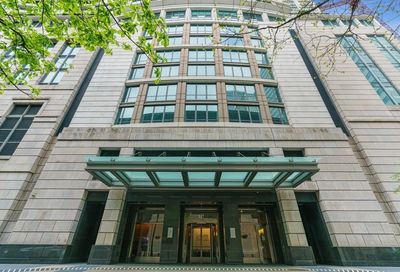 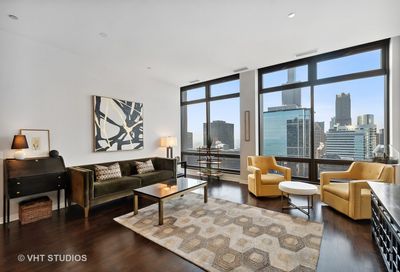 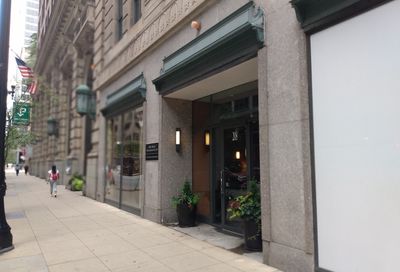 Take a peek at the current listings in some of our favorite Downtown Chicago condo buildings. Start with these buildings, then talk with us, we live and work Downtown and know all the apartment / condo buildings exceptionally well.

Living in Downtown Chicago means enjoying a plethora of opportunities. For example, shopping, theaters, The Art Institute of Chicago, the Chicago Symphony and much more.

Tourists flock to see the Willis Tower (previously called the Sears Tower) for the awe-inspiring views from Skydeck Chicago. And of course to visit Grant Park with it’s European style Buckingham Fountain. And people can relax for hours listening to live music at Millennium Park. Or wander around and under the beloved “Chicago bean,” Anish Kapoor’s epic Cloud Gate sculpture. All these attractions also make living in Downtown Chicago wonderful.

Living in Downtown Chicago (the Loop), might just be right for you. If you want to live in one of the best walkable Chicago neighborhoods and thrive on the hustle and bustle of vigorous urban living then give it some thought. 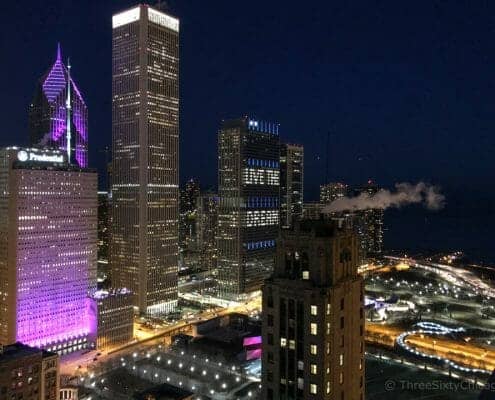 For many people, Downtown Chicago living means living the dream!

Are you looking to live in the heart of the City of Big Shoulders? Or are you just tired of sitting in traffic and would rather walk a few blocks to work?

Chicago’s Nickname For Downtown – “The Loop”

Speaking of the Loop. Sources tend to conflict when it comes to the origin of Downtown Chicago’s nickname.

Some believe the nickname stemmed from the city’s early cable cars turning loops when trying to maneuver around other cars that shared their cable.

Others insist the name wasn’t coined until after the construction of our elevated railway in the late 19th century.

Still others are convinced it came from an offhanded comment made during a discussion on the nature of time between Chicago’s first mayor, William Butler Ogden, and one Dr. Emmett Brown.

These days you can call it either Downtown or the Loop and most people will know what you mean.

Living In Downtown Chicago Is Unique

And regardless of its naming, Downtown Chicago real estate for sale boasts some of the most unique living in the country and the world.

Buy a Downtown Chicago condo for sale and you’ll be rubbing shoulders with headquarters of heavy-hitters like the Chicago Mercantile Exchange, AON, Blue Cross Blue Shield, Hyatt Hotels, and more. Long known as Chicago’s commercial center, the Loop is also home to both City Hall and Cook County seat. Live here and all this as at your doorstep. We are experienced Downtown Chicago real estate brokers so if you have questions please contact us.

Very nearly an island, the Loop is encircled by water on three sides: the Chicago River to the north and west, and Lake Michigan to the east. While its southern demarcation is officially located at Roosevelt Avenue.

One would not be wrong to say Chicago’s growth is owed to the seed planted in the Loop.

Fort Dearborn, the first American settlement, was erected on the riverbank here in 1803. The land was purchased from the man known as the founder of Chicago, Jean Baptiste Point du Sable, a successful African fur trader.

Though a tiny fraction of the whole city, Downtown Chicago real estate houses more than just big business. Culture abounds in the heart of the the Loop. And all this culture is surrounded by wonderful places to live. If you’d like to live here you’ll have plenty of Downtown Chicago condos for sale and for rent from which to choose.

Buy A Downtown Chicago Condo For Sale And Enjoy The Arts

Buying a Downtown Chicago condo for sale means you can wander the streets and enjoy a wealth of outdoor sculptures.

These works were created by cultural paragons and famous names like Pablo Picasso, Joan Miró, Marc Chagall, Magdalena Abakanowicz, Alexander Calder, and many more. If the weather doesn’t cooperate to keep you outdoors, Downtown Chicago real estate has you covered in the form of both the Chicago Symphony Orchestra and the Art Institute of Chicago.

Though having changed its facade and overall purpose throughout the city’s history, the Loop still retains much of its roots in its layout.

For example, by the 1890s passenger rail lines once were able to reach seven unique Loop-area stations.

This meant big business for taxi cabs serving Downtown Chicago. Though this method of travel has since fallen from favor, the Loop is still the nation’s rail transportation hub.

Furthermore many of the tracks have been repurposed, and many old stations remodeled, to accept newer Amtrak and Metra trains. This means that buying a Downtown Chicago condo for sale virtually guarantees you access not just anywhere in the city, but simply anywhere.

Speaking of the bigger picture, choosing to buy Downtown Chicago apartment for sale means even more interesting neighbors; International ones.

While they’re too numerous to name in their entirety, some of the nations maintaining consulates in the Loop include Brazil, Ecuador, Haiti, India, Israel, Pakistan, Peru, South Africa, and Venezuela. Additionally, though not technically a consulate, the Taipei Economic and Cultural Office of the Republic of China is also nearby.

We are Downtown Chicago real estate brokers with extensive experience helping buyers, sellers and renters from all over the world.

For those residents who feel they’re good on travel for a while, and maybe aren’t that into art, Chicago’s famous summer provides a welcome escape in the form of expansive lakefront beaches.

Boasting easy access from nearly any Downtown Chicago condo, the Loop’s proximate waterfront areas are almost exclusively recreational beach and park areas all along the coast.

For those residents who find themselves moving to Downtown Chicago from one of the country’s other coasts, be advised: fresh water swimming is surprisingly weird and oddly gratifying your first time.

Swimming not your thing? Move inland a bit and just west of the lakefront you’ll hit Grant Park. This expansive, 500-acre green space rivals New York and London for its beauty. Plus it’s both treasure and treasure chest.

While Grant Park is an impressive use of Downtown Chicago real estate on its own, its also home to a litany of things high on anyone’s list of “must-dos” whilst in the Windy City.

For the party crowd and the foodie, Grant Park is hot for both Lollapalooza and the two-week Taste of Chicago (the latter boasting attendance around 3 million people).

And sightseers can cross several items off their list at once. Namely, Buckingham Fountain, the Jay Pritzker Pavilion, Jaume Plensa’s Crown Fountain and Anish Kapoor’s Cloud Gate. But don’t ask for Cloud Gate just ask which way to the Bean.

You really can’t go wrong renting or buying a Downtown Chicago condo or apartment. The area is steeped in history and convenient for people of all walks of life.